BlogGet the latest from Diane Carey, hot off the press! 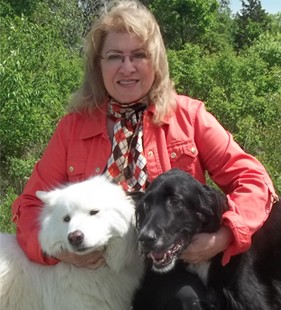 The ‘Dreadnought’ and I

‘Dreadnought!’ was my first Star Trek book, but not my first published novel.  I had four or five previous books published, which caused the Star Trek editor at that time to pay attention to my proposal.  I hadn’t read many Trek books, but I was a fan, certainly, and thought I’d give it a try.  I didn’t want to do what had been done before–endless stories from James Kirk’s point of view.  I decided to write in first person, which had worked for me in another novel, ‘After the Torchlight,’ a finalist for the Romance Writers of America Best Historical of 1986 maca ou viagra.

The only reason ‘Torchlight’ didn’t win the award, they told me, was because it was a Gothic novel and there wasn’t a Gothic catagory, but they loved the book so much that they put it in the Historical catagory, and it darned near won.  Anyway, I had a track record as a professional.

I also decided to have a look at the familiar Star Trek crew from somebody else’s point of view.  I wrote the proposal and got a call from Mimi Panich, the editor, who said she loved the three chapters and outline I’d sent, but that they had a policy against buying unfinished books.  She encouraged me to continue the book and send it in as soon as possible.  So I did.  I think it took eight weeks to write.

After a while, I got another call–this time from established Trek author Ann Crispin.  She said that Pocket Books had asked her to read ‘Dreadnought!’ to see whether it was a “Mary Sue.”

I had no idea what she was talking about.  I’d never heard that phrase before.  She explained that “Ensign Mary Sue” was a nickname for any junior officer in the Trek genre who came in and acted as a hero/heroine above James Kirk and the other Trek primaries.  She then said that she loved ‘Dreadnought!’ and that it definitely was NOT a Mary Sue.

Well, why not?  After all, I had established a junior officer, Piper, who was the protagonist of the tale.  I picked a female protagonist because a male would have been accused of being a young James Kirk.  So I just went with my other choice.  Ann explained very intelligently that somehow I had done this unusual point of view while always letting James Kirk, Spock, McCoy, and Scott remain the real heroes of the story.  Piper was a good action heroine, but she was always one step behind Captain Kirk.  Anything she figured out, he had figured out before her.  Kirk had the upper hand all the way.

When Pocket Books, who took Ann’s advice and made an offer, called to accept the book, the acceptance conversation went like this:  “You’ve broken every rule we have.  And we love it.”

I also hadn’t known there was a rule against writing in first person.  And others–they were quickly suspended.  The book would be published.

Later, I got another call–these surprises were stacking up.  It was artist Boris Vallejo, who painted the covers for the Trek books.  He wanted to know whether I would like to pose for the picture of Piper.  Ridiculous–I was short, stocky, hardly a model.  But I accepted anyway.  My husband and collaborator, Greg Brodeur, and I traveled to New York for a dinner at Boris and Doris’ house, and Boris liked Greg’s looks, so that was the male character, Sarda.  Of course, Boris worked quite a bit of wonder on our “portraits.”  He explained that he had grown bored with professional models, who pretty much all looked the same, and had been painting “real” people he met and liked.  He took photographs of us in his studio, then used those to make the cover art.  It really didn’t look like my vision of Piper, but close enough.  People have postulated that Piper is really me, and part of that is true, but it wasn’t what I had in mind at the time.  And I never, ever had a crush on Captain Kirk.  He’s not my type.

‘Dreadnought!’ hit the shelves in 1986 and rocketed to the Top Ten of the New York Times Bestseller list, shocking everybody, including me.  The rest is history–new attention for Star Trek as a viable and bankable genre, a line of bestsellers for a good long stretch, and an excellent marketing relationships between us and Pocket Books.  Many more books, wonderful editors, and many more bestsellers.

The icing on the cake, and the biggest surprise of all, came when the writers of the new Star Trek incarnation, a movie with Chris Pine and Zachary Quinto (whom I had spotted on the TV show “24” as a ringer for Leonard Nimoy) declared that they had been inspired to re-invent Star Trek by my hardcover bestseller, ‘Best Destiny.’  They used the character of George Kirk, whom I brought to life in ‘Final Frontier’ and again in ‘Best Destiny,’ and the concept of James Kirk as juvenile delinquent–or at least a problem child.

I thought the surprises were over, then went to see the second movie, ‘Star Trek: Into Darkness,’ with Benedict Cumberbatch, a truly great actor of our age.  Lo, the plot had been taken from ‘Dreadnought!’–a giant ship of war built by an out-of-control admiral bent on starting a war with the Klingons just to get it over with.  I’m thrilled and flattered to be inspiring the new wave of Star Trek’s incarnations.  And the movies are actually good, too (even though the best Star Trek movie is ‘Galaxy Quest’)

And therein hangs the tale . . . fair weather, all.

8 Responses to The ‘Dreadnought’ and I